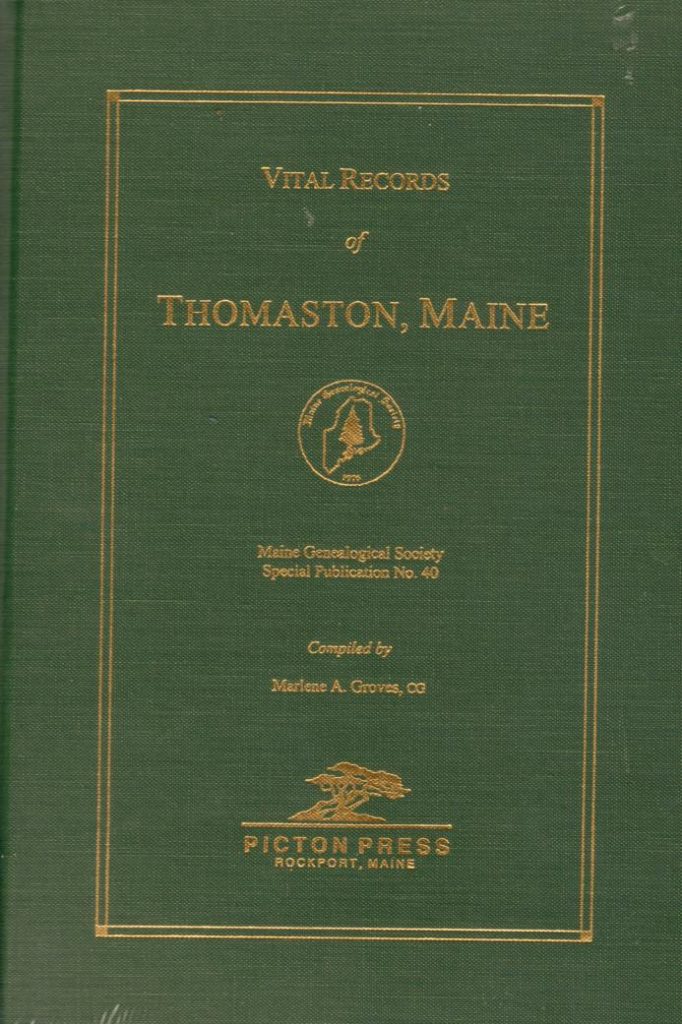 Our Vital Records series includes data from early town records as transcribed from images of original documents. Births, Deaths, and Marriages are just some of the records that have been transcribed as part of this collection. Also included in some books are early church records, warnings out, cattle marks, town meeting information and disputes between neighbors.  There is a wealth of information in town vital records and we're extremely proud to be able to share this information with the masses.
As with the Maine Families series, Vital Records books are transcribed by volunteers willing to share their time and passion for Maine genealogical research with others.

A complete listing of Vital Records publications is available below in our online store, and in the MGS Booklist

Marlene Groves, a prolific submitter to our Vital Records series has written a Guide for Transcribers of Maine Vital Records for anyone interested in supporting this project.